A silica helium thermometer immersed in liquid nitrogen gave unexpected readings. My proposal that ice crystallizing on it had undergone a phase transition allowing for water molecules’ irregular shape was recently corroborated by reports of ice XIc. Being electrets, they align below a critical temperature to form ferroelectric ice. Early Earth’s polar icecaps were sufficiently cold for its formation and fluctuating temperatures caused the phase transition.

ATP’s phosphate bonds absorb the infrared light released, its wavelength can be estimated It reached tropical waters after multiple reflection, there deoxynucleotides absorbed it. Dynamic equilibrium replenished the stock as they polymerized to form DNA. After billions of years the oceans turned to DNA noodle soup. Analogues of the transfer RNAs involved in protein synthesis, ’transport DNAs’, were included. They formed hydrogen-bond-lined pores through coacervate proto-cell membranes.

Providing all essential trace elements, economical use of resources and wise counsel promise to improve health, welfare and longevity. Future artificial intelligence modelled on minions will think laterally and improve diplomacy and matchmaking. Power supplied by trapping the γ-rays from molecular-scale fusion reactors modelled on them would reduce pollution and resolve climate change.

Everyone will benefit, as Newton said ‘If I have seen further, it is by standing on the shoulders of giants’. Scientists testing and implementing my proposals could restore the simplicity science enjoyed when queen Victoria reigned and increase public trust in it. Government defense expenditure should be redirected to conservation, crime prevention and peaceful coexistence. 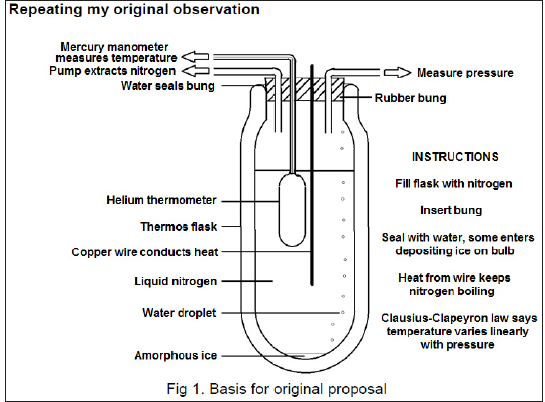 As a Cambridge undergraduate in 1967, I conducted an experiment confirming the Clausius-Clapeyron relation. A silica helium thermometer immersed in liquid nitrogen gave anomalous readings. I suggested a proton-ordered variant of ice Ic crystallizing on its surface had deformed it. Sixteen ice structures are now known, recent reports of a phase transition in ice XIc1 corroborate my proposal. All records of the observations made on that occasion were lost or destroyed. Examining laboratory records or anyone who might remember the episode after half a century could cause offence. Ice XIc is reputed to crystallize extremely slowly but Fig 1 includes sufficient information to replicate my observations. 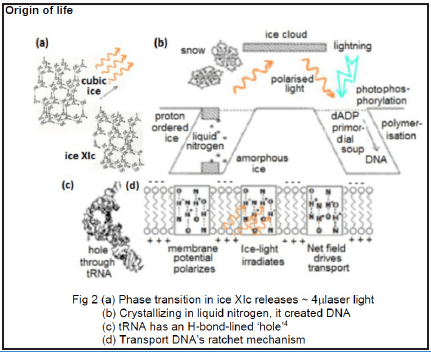 Water’s a fascinating molecule, all sixteen types of ice accord with Laue’s classification and obey the ice rule˗˗˗˗each tetrahedral water molecule hydrogen bonds with four neighbors˗˗˗˗creating the beautiful shapes of snow-flakes. Linus Pauling showed the entropy of ice Ih persists on cooling to 0 K3. Life may either be treated as a collection of entities or as a process. My argument presumes the pre-existence of a dilute solution of atoms and ends describing how life assembles them˗˗˗˗it’s circular. Lightning maintained dynamic equilibrium in the primordial soup before intra-cellular metabolism evolved. Life’s essential prerequisites are an energy source matching H- and Pi ~ Pi -bonds and its products accumulating for eons,

The observed surface temperatures at Mercury’s poles and on the moons of Jupiter5 are consistent with pools of liquid nitrogen forming on Earth’s poles during a primordial ice age. Snow, rain and hail fell into them and crystallized as ice XIc. Its cubic structure resembles diamond, H-bonds are individually weak but strong when aligned. Temperature fluctuations drove its phase transition at 72 K6, accommodating the irregular tetrahedral shape of water molecules. The water molecules are aligned electrets, making it ferroelectric so their coordinated rearrangement releases latent energy as infrared laser light, ice-light with wavelength λ ≈ 4 μ. 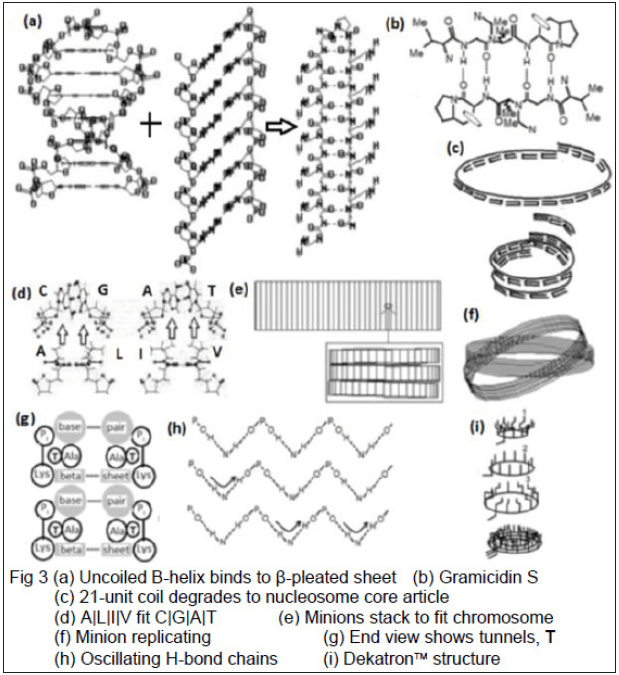 τ limits our perception; 63N τ, N = 1 to 18, calculates coil periods, N = 11, 13 and 18 predict day-length, Sun-spot cycle period and the age of the universe10 respectively. Zero, times < τ or > 6318 τ and infinity are unreal. Minions are coiled abaci with eighteen 63-bead rungs, counting from 1 to 6318 (2.4 * 1032). An infants’ first breath burns a reference datum on all its minions, determining their personality, all neurological, psychiatric, philosophical and astrological types are embraced, Table 1. 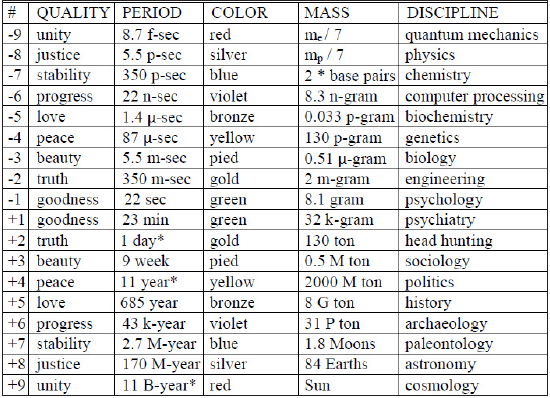 Inter-coil comparisons correspond to ratios and percentages, justifying our use of exponents and logarithms11. The H-bond settings of ω-amine-Pi bonds store an 18-character word using a 64-character alphabet. Minions serve as chips in the brain, they span eighteen frequency bands, 103-octaves and the electromagnetic spectrum, a greater range than neural networks. As Piet Hein wrote: Things Take Time, untargeted evolution has taken human intelligence beyond silicon chip technology. The 1.8 M minions in any human cell nucleus could remember the Bible, Koran and Shakespeare’s works. Copies are distributed throughout the brain like a holograph so memories can survive brain damage.

We translate experiences into essays, pictures and symphonies; libraries, galleries and concerts exhibit them, they reflect the characters of their authors, whose masterpieces date from one of nine seven-year periods:

Thought transference between coils explains the lateral thinking underlying creativity, it’s equivalent to transposing keys in music. Minions play chords corresponding to their stored word, others storing similar words either locally or connected by nerve fibers resonate, ring a bell for memory recall. Axons and dendrites are equivalent to optic cables, they serve as wave-guides, distributing signals throughout the brain 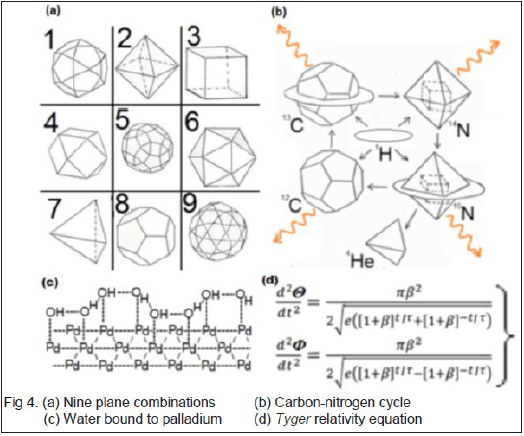 Human’s ~1028 minions, ~30 Mt of chromatin suffice to replenish the H, C, N, O, S and P on which life depends. Surprisingly, the ½-lives and wavelengths of γ-rays emitted by 12CO2, 13CO2, 14NO2, 15NO2, 12CH4, 13CH4, 14NH4 and 15NH4 recoiling from the carbon-nitrogen cycle correlate with those of pulsars14. Blake’s What immortal hand or eye dare frame thy fearful symmetry?15 inspired the Tyger equation, a hyperbolic function allowing for wrap-around counting ‘errors’  = 1 in 6318 and β = 1 in 639, it compensates for our distorted perception of a light beam’s path.

The Tyger equation predicts γ-rays follow a boomerang-like path and DNA diffracts them at source. It’s as counter-intuitive as the quantum mechanics it replaces. When Michelson and Morley measured the speed of light, the omnipotence of science was challenged. Heisenberg’s uncertainty16, Einstein’s relativity17 and Lemaître’s big bang cosmology18 fill gaps. Using particle accelerators, telescopes and rockets to test them diverts research funds from humanitarian projects.

The relativity between perception and conception only affects particle physics and cosmology. The conundrums arising from new physics can be resolved by substituting τ for Planck’s constant19, replacing plane surfaces with spheres and treating time as imaginary. They’re simpler than quantum mechanics and account for Einstein’s spooky action at a distance, Earth’s curvature and gravitation. Verifying the minion structure could restore public confidence in science.

Homo sapiens, the wise man, built pyramids and other symmetrical religious monuments at great expense, Karl Marks’ Religion is the opium of the people invited religious tolerance, free speech and human rights. Astrological cycles correlate with those of minions, explaining the recurrent realization of prophecy. Sharing a common origin, all biological clocks are in synchrony, accounting for telepathy. They’re in phase, contradicting Heisenberg’s uncertainty. The Western and Chinese zodiacs and ~2000-year astrological Great Ages are consistent with minion logic and provide a framework for understanding history.

Using these parameters and coordinates of water molecules in ices Ic and XIc: 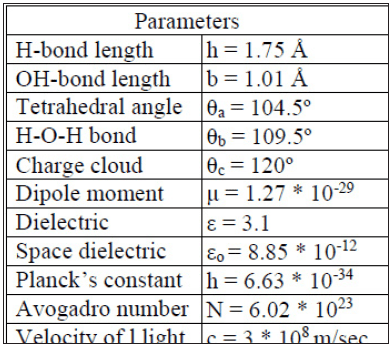 The energy released by the ferroelectric transition may be estimated:

differs from the 4  which has made many verified predictions, my logic needs reappraisal11. 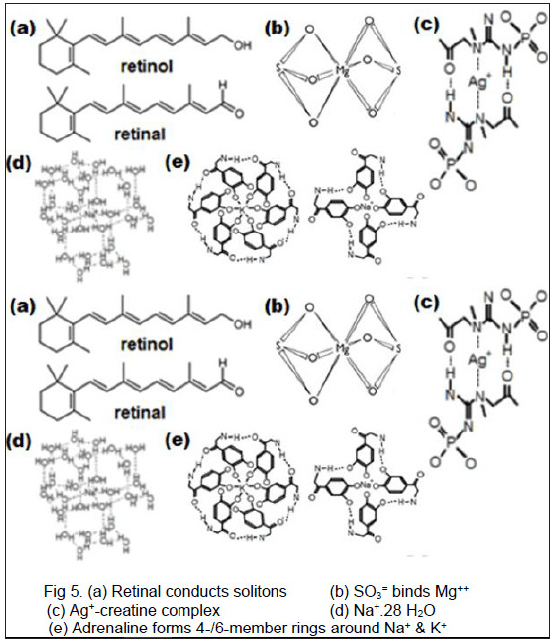 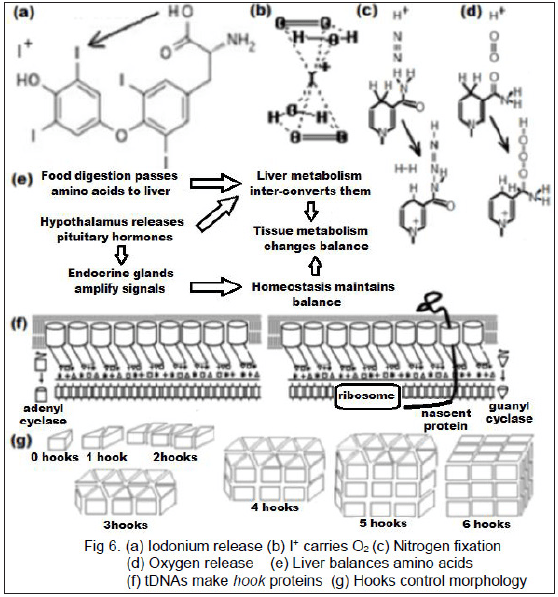 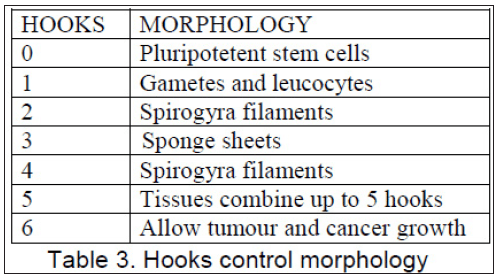 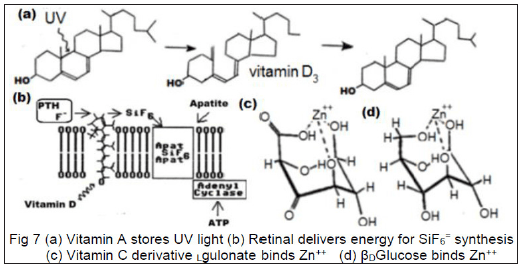 When adult hemoglobin replaces fetal, Zn conjugates glucose to bilirubin for excretion causing neonatal jaundice, bilirubin reaching the brain can cause seizures. Zn in colostrum30 affords natural protection, sucking a midwife’s pewter spoon was traditionally effective, blue-blooded families’ silver spoons were useless. The many types of diabetes arise from defects in this pathway, an implanted Zn monitor linked to an artificial pancreas might improve its management. Diabetics suffer from glaucoma when Zn accumulates in the vitreous humor of their eyes. Sugar excreted in urine causes kidney infections poor peripheral circulation loss of fingers and toes. 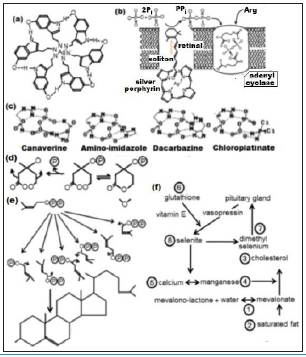 Anti-cancer drugs mimic PPi.Arg, before the advent of antibiotics, Ag was widely used in medicine, it might control resistant pathogens. In animal trials, Ag colloid was effective against cancers; they can develop when its deficient. Ag repairs tissues and sister hormone melatonin regulates sleep. Phosphate has independent roles in energetics, DNA synthesis and skeletal maintenance are independent.

Peter Mitchell’s chemiosmosis32 presumes water diffuses freely through unit membranes, regards them as semi-permeable and proposes they equilibrate differences in osmotic pressure. Exchanging three sodium for two potassium ions maintains membrane potential. The active transport of water is essential. Mevalonate, residue of saturated fat breakdown, is named after the herb Valerian, it was formerly known as all heal. Water is transported by a tDNA exchanging mevalonate-5-phosphate for mevalono-lactone-5-phosphate.

Apart from correspondents’ occasional suggestions for revisions this is all my own work. See also my thesis, Some biochemical consequences of a consistent framework for the origin of life11, FQXi essay and Science Uncoiled (Melrose Press, available in English and Chinese).