Background: The electrocardiogram (ECG) is an important, available, and inexpensive diagnostic tool to assess cardiac symptoms. Evidence reveals that chronic consumption of alcohol can lower the contractile forces of heart and may contribute to congestive heart failure which is known as ‘’alcoholic cardiomyopathy ‘’ the heart is enlarged and weakened and the individual experience unusual fatigue with physical effort(1). Result showed that chronic alcohol consummation, in the absence heart disease may alter ECG. However; very few studies have focused on effect of alcohol on the electrocardiogram.
Objective: To effect of alcohol on the electrocardiogram in Jimma town, Southwest Ethiopia.
Method: In this study, a community based cross-sectional survey on the representative sample of 342 persons, age >18 years, was conducted in Jimma town, southwestern Ethiopia, from March to April 2016. Sociodemographic characteristics, alcohol consummation history and ECG record by using standard 12-lead, data were collected. Lottery method was used to select one member of a family in each household. Collected data was checked for its completeness and coded then entered to Epi-data 3.1 version and then exported to SPSS version 20 window for analysis. Descriptive statistics, binary and multivariate logistic regression analyses were applied to compute the variables.
Results: Electrocardiography was performed in 326 people were examined and analyzed .Prevalence of alcohol consummation 82(25.2) There was a significant statistical association between alcohol consummation and ECG alteration. The most prevalent altered ECG finding was high heart rate 28(51.85%). Conclusion: Out of the 326 participant studied, 59(18.1%) had ECG change. Prevalence of alcohol consummation 53(32.4%)
Recommendation: Health promotion interventions should aim to prevent cardiovascular system diseases and regular screening in community.

The mechanism of alcohol-induced ECG change, possible changes in adrenergic activity in healthy subjects during acute alcohol intake and withdrawal, but after prolonged heavy drinking a down-regulation of-adrenoceptors and/or elevation of circulating catecholamines is seen both in animal experiments and in human(7,8). Most important findings in ECG in the chronic alcoholic persons during moderate exercise include significant changes in ST, QT, and QTc intervals(6). The epidemiology of cardiovascular diseases in Africa, reported mainly on hospitalized patients, may not represent the true pattern of heart disease in the continent. Ethiopia as one of the African countries also shares the burden of cardiac disease. Some studies conducted in the country indicated that the two major causes of cardiac disease are RHD and HHD furthermore IHD is on the rise(9).

Drinking too much alcohol can raise the levels of some fats in the blood (triglycerides). Alcohol’s perturbing effect on fibrinolytic proteins may involve its effects on modifiers that influence fibrinolytic activity, such as the serum level of triglycerides. An increase in triglyceride level is positively correlated with PAI-1 plasma levels, indicating a predisposition to thrombosis and atherogenesis (5) Because the liver is reported to be the major site of apoA-I synthesis and because alcohol increases apoA-I production in transformed human hepatocytes, It can also lead to high blood pressure, heart failure and an increased calorie intake. Consuming too high calories can lead to obesity and a higher risk of developing diabetes (10).

Most important findings in ECG in the chronic alcoholic persons during moderate exercise include significant changes in ST, QT, and QT intervals. However, all other ECG waves and intervals were unchanged in them (4). Excessive drinking and binge drinking can lead to stroke. According to Klatsky study reported that increasing intake of alcohol leads to cardiomyopathy and non specific ST-T changes in ECG (6). Other serious problems which change the ECG pattern include fetal alcohol syndrome like cardiomyopathy, cardiac arrhythmia and sudden cardiac death. The epidemiology of cardiovascular diseases in Africa, reported mainly on hospitalized patients, may not represent the true pattern of heart disease in the continent. Ethiopia as one of the African countries also shares the burden of cardiac disease. Some studies conducted in the country indicated that the two major causes of cardiac disease are RHD and HHD furthermore IHD is on the rise. So far there is no community based study that has been done in Jimma town to determine the association between ECG alteration and substance use.

Community based cross-sectional study was employed The study population was all sampled people of Jimma town 18years and above.

After checking the collected data for completeness, it was entered in to Epi-data version 3.1 and exported to SPSS version 20 for windows. Descriptive statistics, binary and multivariate logistic regression were employed to see associations of dependent and independent variables. Then p-value less than 0.05 were set to determine significantly associated variables. 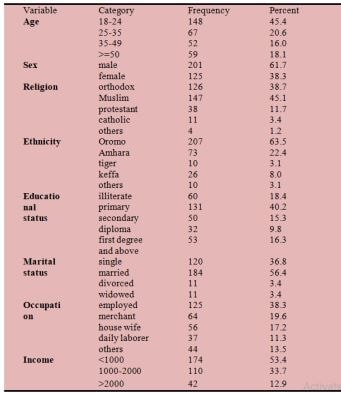 Table 1: Sociodemographic characteristics of study among employs of Jimma University from March to April 2016 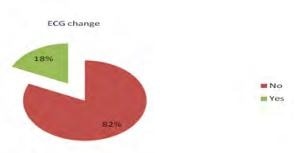 Figure 2: ECG change among study subject in age18 years and above, Jimma town, March to April 2016. 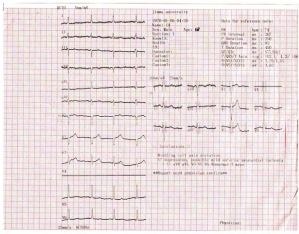 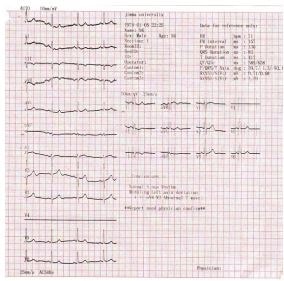 Table 5: Multivariate logistic regression analysis for the association of different variable with ECG change among study subject in Jimma town from March to April/2016.

Previous studies show that habitual alcohol drinking has adverse effects on the physical, physiological, economical and psychosocial well being of the productive section of the society(12). There are only very few communities based studies done in Ethiopia to determine ECG change and its association with substance use, sociodemographic characteristic, BP, body composition. This study revealed that the prevalence of ECG change in Jimma town was 18.1% (n=59) out of a total of 326 subject. According to the present study significant association (p<0.046) was observed between chronic alcohol consumptions with ECG change. This study is in line with the study done by George Sereny ,the electrocardiographic findings in the1,000 patients he abnormalities ECG probably caused by excessive alcohol consumption fall into two main groups: sinus tachycardia and nonspecific T- wave changes. Cases with extra systoles, atrial fibrillation, and right or left bundle-branch block were too few to allow a valid conclusion about the etiology(13).

The possible explanation, the biochemical basis of alcohol induced cardiomyopathy disturbances in cardiac energy metabolism. For example, high blood concentrations of alcohol reduce the oxygen supply to the cardiac muscle and interfere with oxygen-requiring (i.e. aerobic) metabolism in the heart. This effect decreases the level of the high energy molecules that power the contraction process (i.e. adenosine triphosphate, ATP) as well as the level of another energy source, phosphocreatine. Several mechanisms have been identified to explain alcohol’s negative effects on cardiac muscles. For example, when an electrical current spreads to the interior of cardiac muscle fibers, it causes the release of large quantities of calcium ions from a network of tubules (i.e., the sarcoplasmic reticulum), which in turn trigger the chemical events that produce muscular contractions.

This work and previous studies demonstrated that chronic alcohol consumption has an effect on ECG change.