This old proverb is for Mors certa, hora incerta (Death imminent, time not known) affect our life and plans. Most sudden deaths are of cardiac origin –Sudden Cardiac death (SCD) Despite It’s one of most often groups of sudden death, especially in middle and old age Despite very often of SCD great progress in diagnostics and prevention we still are witness

We are steady under influence of Space Weather components.Geomagnetic Activity (GMA), Cosmic Ray (Neutron) Activity (CRA). Neutron on the surface of our planet (Imp/min.)the indicator of CRA. SA and GMA are correlated by r= 0.5, p<0.0001. Both SA and GMA areי inverse related to CRA and serve as a shield of our Planet from CRA. SA/CRA r-= - 0.85 , p<0.0001; GMA/CRA=r= -0.66, p<0.0001.In the last years studies were published confirming CRA links with cardiac arrhythmia. The aim of this paper is to review studies in the field of SCD In connection with Space Weather effects , accompanying our life from conception to death.

Space Weather as an object of SCD studies is discussed in the literature for a long time. We studied this problem since the middle of the last century, and published our observations in the last two decades of the Century(1-2) and in later studies(3-8) the progress in Space exploration human astronauts-cosmonauts history and knowledge in space physics , computerization of physical data opens new possibilities to learn details of Environmental Physical Activity links with human health and medical emergencies.
We used to compare SCD with a number of physical factors : Solar Activity (SA), represented by Sunspot Number (that was introduced by Swiss astronomer Wolf in the XIX C.- 1848)) , Solar Flux at 2500 MGH and 10.7cm wavelength Geomagnetic Activity (GMA) According to A and K indices and divided in Quiet (A-0-7), Unsettled (A- 8-15), Active (A -15-29) and Stormy (A- ≥ 30); Cosmic Ray Activity (CRA) Measured by Neutron Activity on the Earth’s surface in Impulse/minute (imp/ min). 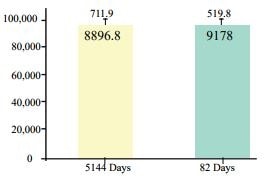 The cosmophysical data came from Space Science Institutions in the USA,Russia,Finland.(11-17). The presented data show that SCD related to tachysystolic cardiac arrhythmia (VT,VF, excluding asystole ) is linked with Cosmic Ray (Neutron) activity. Neutrons on the Earth surface are markers of Cosmic Ray activity. The energy of Cosmic ray includes very high energy fractions, achieving 1020-22 Electron -Volt. The maximal terrestrial limit of energy is accepted as 1019 Electron- Volt , and only the assumption of the thesis that Cosmic Ray are outside (but close) to our Galaxy prevent us of necessity to change many physical equations, including to them the Plank coefficient. Under action of such energies the atoms, contacting with Cosmic Ray under unprecedented pressure impress their electrons in their nuclei, transforming to Neutrons .

The Neutrons migrating from the periphery of our Galaxy close to our Planet , serve as a marker of Cosmic Ray Activity.(18-22) Additional possibilities of Neutron activity, in addition to be a Cardiovascular Events Trigger(23-26), can be their interaction with Gene’s(27) , use of Air Pollution nanoparticles as an additional way for invasion in biological (including human) objects(28). It’s accepted that such invasion is followed by Neutron contact with H +anions in our tissues and other parts of body, and conversion to Protons that serve as aggressive intruders for many elements of our organism.( 29.30 ). Solar and Geomagnetic Activity are natural shields from Cosmic Ray related medical events, including part of SCD.(31).