The efficiency of treatment of ischemic brain damage depends upon integrity of sofisticated conceptions of its pathogenesis. One of the prospective approaches in the development of most comprehensive treatment can be the study of the pool of free amino acids (AAs) as a possible target for the correction in such pathology. Available information does not provide a complete view on the changes of their content under ischemia of various severity. The aim of the study was to evaluate changes in the content of free amino acids and their derivatives in the frontal cortex of the cerebral hemispheres of rats at different terms of unilateral ischemia.
Materials and methods: The changes of pool of A As and their derivatives in the frontal cortex of the cerebral hemispheres at different duration of unilateral cerebral ischemia (UCI) (1 hour, 3 hours, 1 day) were studied in 18 rats. The analyses of the levels of AAs and their derivatives were carried out in the supernatant of protein-free tissue homogenates by reversed-phase liquid chromatography using chromatograph Agilent 1100.
Results: Shifts of AAs content after 3 h of UCI observed included the raise of lysine, branched chain AAs (BCAA) – valine and leucine, depletion of the aromatic AAs (AAA) — tyrosine and tryptophan with the doubled ratio of BCAA/AAA. Moreover, we observed the decrease in the content of asparagine and essential/nonessential AAs and glycogenic/ketogenic AAs ratios. These changes were disappeared after 1 day of UCI.
Conclusions: These results show possible mechanisms of development of the energy and neurotransmitter imbalances and their implications in the function of the brain with pathology studied. It is feasible that limitation on BCAA in this pathology will reduce consequences of mediator disturbancies caused by the deficiency of the precursors of biogenic amines – tyrosine and tryptophan.

Stroke as one of the leading causes of morbidity, disability and mortality in many Western countries, the CIS countries, including Russia, Ukraine and Belarus is the result in 85% of cases of local ischemia of brain followed by development of irreversible damage in the form of necrosis due to the lack of adequate collateral circulation in the terminal arteries of the Willis circle [1,2]. Mechanisms of development of ischemic stroke are complex and have not been fully established. As for today in the pathogenesis of ischemic stroke do mark out biochemical stage of the cascade, including the energy deficit, aspartate and glutamate excitotoxicity, oxidative stress, inflammation and apoptosis [3,4]. Recently this information has been supplemented with the conception of participation of nitric oxide (NO) in the implementation of brain damage during ischemia [5].

On the basis of experimental studies performed by using selective and non-selective inhibitors of different isoforms of NO-synthase, the ambiguous role of NO of different origin has been installed in the implementation of damage (Pro-oxidant, prothrombotic, proinflammatory, etc.) and protective (antioxidant, antithrombotic, anti-inflammatory, etc.) mechanisms of ischemic brain damage [6]. However, despite the wide range of products used in the treatment for ischemic stroke, the lack of full concept of pathogenesis of the underlying its ischemic damages doesn't make use effective therapy. It is assumed that one of the possible way to clarify the mechanisms of development of brain damage by ischemia is the study of changes of free amino acid pool.

As is known, amino acids and their derivatives (histamine, serotonin, etc.) play an important role in the functioning of the brain, both in normal and in pathology [6], participating in the biosynthesis of membrane and signal proteins and peptides, certain lipids, vitamins, hormones and biogenic amines [7]. They act as an energy source through the tricarboxylic acid cycle and involved in the formation of carbohydrates in gluconeogenesis when their defficiency occured [8].

In the central nervous system AAs act primarily as neurotransmitters [7]. AAs play an important role in regulation of activity of processes of excitation / inhibition not only in normal, but also in pathological states [3,9]. Therefore, development of the AAs disbalnce in the brain may not only be the cause of neurotransmitter disorders leading to amnesia, convulsions, aggressiveness, loss of appetite and thermoregulation, cerebral ischemia, etc., but also to various neuromental disorders.

Previous studies have shown the prognostic significance of changes in the level of neuroactive AAs in plasma [3] and cerebrospinal fluid [10,11,12] of patients with acute ischemic stroke. However, despite its obvious scientific value, these results are rather contradictory and don't provide a complete picture of changes in the AAs pool and their metabolites in the dynamics of ischemic stroke. Acquisition of such data will detail the pathogenesis of brain damage during ischemia and helps to develop new pathogenetically grounded ways to correct this pathology.
The aim of the study was to evaluate changes in the content of free amino acids and their derivatives in the frontal cortex of the cerebral hemispheres of rats at different terms of unilateral ischemia.

Experiment was performed on 18 white heterogenous female rats weighing 180-220 g. Animals were keeped under conditions of controlled temperature, light and noise mode. The experiment was performed according to the principles of humane treatment of animals. Surgical intervention was performed under conditions of adequate analgesia in accordance with the ethical standards recommended by the Commission on the humane treatment of experimental animals (the order of the rector of the GSMU No. 125 from 27.12.2006).

Animals were divided into 4 groups (three trial and 1 control). Rats of the trial groups were undergoing simulated unilateral ischemia of the brain (UCI) by ligation of the common carotid artery from the left on the term of: trial group 1 – 30 minutes (n=5); trial group 2 – 3 hours (n=7); trial group 3 – 1 day (n=5). Animals of the control group (n=4) falsely operated without ligation of the common carotid artery. Surgery procedures were carried out under conditions of intravenous thiopental anesthesia (60 mg/kg). A fragment of the frontal cortex of hemispheres right to the dressing was separated from the excavated rats brain and then freezed in liquid nitrogen.

Preparation of the sample for the study includes homogenization in tenfold volume of 0.1 M perchloric acid, centrifugation for 15 min at 13000 g and 4 °C with subsequent separation of the liquid supernatant. Compounds determined include proteinogenic AAs, ornithine, citrulline and related compounds (taurine, hydroxyproline, aminobutyrate and ethanolamine). Analysis of AAs and their derivatives in the supernatant obtained was carried out using reversed-phase chromatography after precolonial derivatization with o-phthalic aldehyde and 3-mercaptopropionic acid in Na-borate buffer using Agilent 1100 chromatograph [13].
Statistical data processing was performed using StatSoft Statistica 10.0. We have applied the methods of descriptive statistics, Kruskal-Wallis nonparametric analysis of variance and method of multivariate statistics – linear discriminant analysis.

UCI modeling for 30 min caused no change in the contents of AAs and their derivatives in frontal part of the cerebral cortex, only content of several essential AAs (leucine, lysine, histidine, tyrosine) and GABA show tendency to increase (Fig.1). 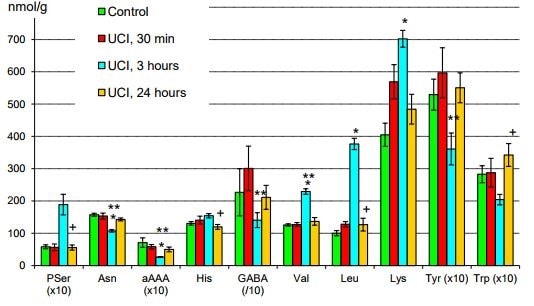 Figure 1: The levels of free amino acids and their derivates in the brain cortex.

After 3-hour UCI increase of the concentration of BCAA in the frontal parts of the cerebral cortex was registered. Besides valine, leucine (BCAA) and lysine the increase of the levels of serine and histidine was observed (p<0.05) that is not consistent with the results of studies showing a decreased levels of BCAA in cerebrospinal fluid under acute ischemia [11].
As is known, the brain is one of the place of BCAA catabolism with the formation of the corresponding ketoacids and acyl-COA derivatives. Increased level of BCAA may be a consequence of pathology of the first stage of BCAA catabilsm — transamination with α-ketoglutarate catalized by aminotransferases, which can cause impaired brain function in ischemia.

There was also a reduction of asparagine level, the metabolite of aspartate having stimulating properties, as well as tyrosine, tryptophan, aminoadipic acid and GABA levels compared to their contents in the frontal parts of the cerebral cortex before the ischemic period (p<0.05) and with their contents after 30 minutes of UCI (p<0.05). As is known, AAA in the brain act as the source of neurotransmitters (tyrosine – catecholamines, tryptophan – serotonin). The reason for the existing shortage of AAA in excess of BCAA may be the competition of them for the common transport system across the blood-brain barrier.

The revealed changes of AAs in the frontal areas of the cerebral cortex after 3 hours of UCI disappeared after 1 day of cerebral ischemia. Here noted a decreased content of histidine, leucine and phosphoserine compared with their contents in the group of 3 h UCI, reaching the levels prior to ischemia (p>0.05). Normalization of AAs pool in the frontal area of the cortex after 1 day of UCI illustrates clearify discriminant analysis of the obtained data (Fig.2), whereby the distance between the centers of trial and control groups gets maximum for the 3 hours of UCI and minimum — for the 1 day of UCI. 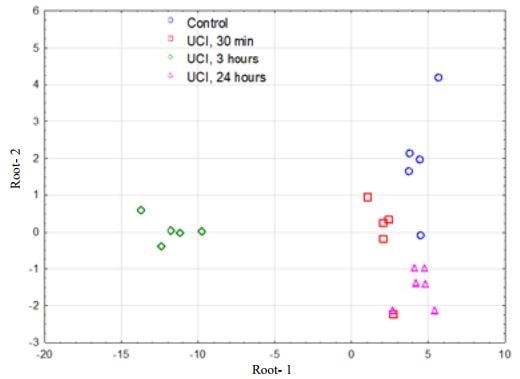 Figure 2: The graphical representation of results of discriminant analysis.

Changes in the inhibitory (GABA) and excitatory (aspartate, glutamate) neurotransmitters levels and its ratio did't registerded in the studied periods of UCI. This is not consistent with the previous results that have shown a decrease of the levels of excitatory and inhibitory AAs in the brain under subtotal ischemia [10]. Other works according to the experimental data states that under cerebral ischemia there is an increase in the release of excitatory AAs – glutamate and aspartate with the simultaneous suppression of their absorption [14]. These differences may be due to the fact, that authors studed the ischemia effects in the models of subtotal cerebral ischemia with the ligation of both common carotid arteries, in contrast, we use the model of unilateral ischemia, involving the ligation of only one of the common carotid artery.

Study of the levels of AAs in the frontal part of the cerebral hemispheres cortex in different terms of UCI in rats revealed changes in the AAs pool in the early period (3 hours) - increased content of important energy BCAA (valine, leucine) and decreased AAA (tyrosine, tryptophan) and their subsequent normalization after 1 day of ischemic exposure. These results indicate possible mechanisms of development of the energy and neurotransmitter imbalances and their implications in the function of the brain with pathology studied. It is feasible that limitation on BCAA in this pathology will reduce consequences of mediator disturbancies caused by the deficiency of the precursors of biogenic amines – tyrosine and tryptophan.