Neonatal mortality has been recognized as a global public health burden mostly concentrated in low- and middle-income countries (Lawn et al. 2012).The majority of these deaths are caused by preventable or treatable diseases, such as infectious diseases, which contribute to approximately 36% of these deaths. Previous study have shown that there is a global decline in neonatal mortality rates compared with infant and under-5 years of age mortality, especially in the sub-Sahara African region (Rajaratnam, et al., 2010). The neonatal mortality rate consists of early and late neonatal mortality, with the first representing the main component that reflects the health care provided to pregnant women in the ante partum period, at delivery, and also the care given to the newborn soon after birth and in neonatal units (Almeida, Guinsburg, Martinez, Procianoy,Leone, & Marba, 2012). Available evidences suggested that early neonatal deaths occur during the perinatal period, and have obstetric origins, similar to those leading to stillbirths. Globally, it is believed that, there are over 6.3 million perinatal deaths each year, and almost all of which occur in developing countries, and 27% of them in the least developed countries UNICEF and WHO 2014 . In low income countries, nearly over 40% of deliveries occur in health facilities and little more than one in two takes place with the assistance of a doctor, Midwife or qualified nurse (Oestergaard et al., 2009). High neonatal mortality rates remain a public health problem in developing nations, especially in sub-Saharan Africa because of poverty and poor access to health services.

Neonatal mortality has been found to be declining globally but more slowly than post-neonatal (1-59 months) mortality UNICEF 2014. Various reports on neonatal mortality associated significant proportion of under-five deaths that occur during the neonatal period is increasing as under-five mortality declines, however, the health interventions needed to address the major causes of neonatal deaths generally differ from those needed to address and protect maternal health (UNICEF, WHO, 2014). Existing literature has established that early neonatal deaths occur during the perinatal period, and have obstetric origins, and similar to those leading to stillbirths. More so, it is a common knowledge that globally , there are over 6.3 million perinatal deaths each year.

A Retrospective survey was employed for the study. The study was carried out at the Special Care Baby Unit (SCBU) of Aminu Kano Teaching Hospital (AKTH). The hospital is located within Kano metropolis, Kano State, North-western Nigeria. The hospital serves as a referral centre for both private and public health institutions in and around Kano. The hospital is projected to serve about six hundred thousand patient outflow annually, with multiple ethnic variations. Target population were neonates, admitted into the Special Baby Care Unit of Aminu Kano Teaching Hospital, Kano between January and December, 2015 formed the target population. The sample size was determined from the total number of neonatal deaths that occurred within the year 2015, based on the Krecie Morgan Formula. The study employed a systematic sampling technique to meeting the objectives of the study.

The data were collected based on the WHO standardized data collection form.
The data collected was analysed descriptively (frequency, charts, percentage, figures) and inferentially (odd ratio) using statistical package for the social science (SPSS) software programme 20.0 version. Ethical consideration was sought and granted by the research ethical committee of the hospital. 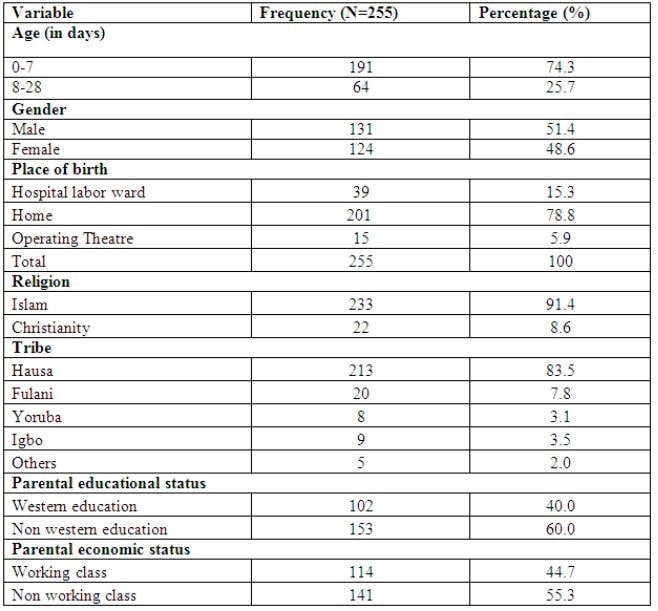 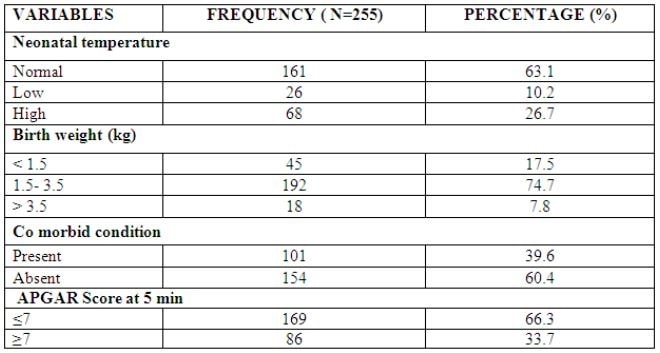 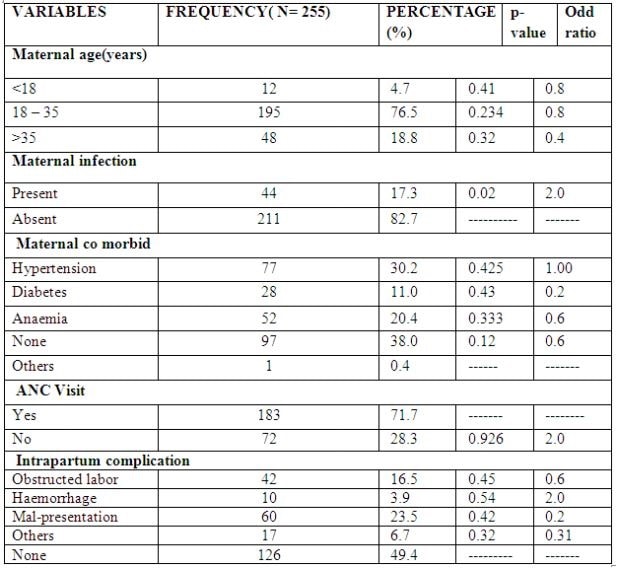 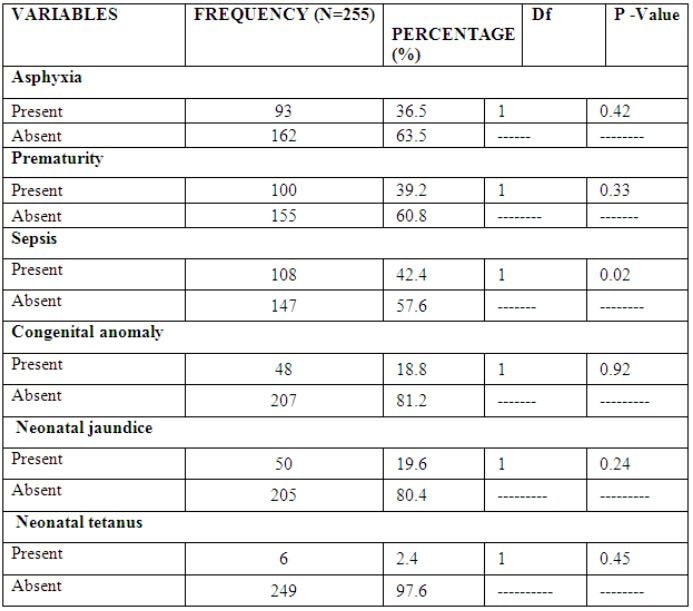 The study also, found that two-thirds of the neonatal deaths occurred within 0-7 days of life with the mean of 24-72 hours, this finding seems to be contrary to the report around the world which showed higher neonatal death within the first 24 hours of life (Eveline et al., 2016).
In addition, the study revealed that the major maternal health problem related to neonatal mortality are maternal hypertension and anaemia ,similar findings was reported around the world (Tyson, et al., 2008). The possible explanation to this findings could be related to the increase tension on blood supply in the maternal circulation that might interfere with normal foetal perfusion, thereby increasing the risk of neonatal death. However, a contrary report on maternal health problem associated with neonatal mortality was found to be intra-partum haemorrhage ( WHO 2006).