Since the down of human civilization that might begin with Chinese and Indian tradition in curing human as well as animal diseases they had had been using variety of remedies (Therapeutics) originated from both animal and plant resources. The human need for therapeutics led him almost always searching for new preparations . Now it is being an opportunity to gather hetero-genus preparations in a group-wise fashion as that of vaccine like, standard or standardized immune-biologics which have some features of vaccines in one proposed group designated as therapeutic vaccine allied biologics(TVAB) .To date it is being evident the proposal holding that at least there are five classes of(TVAB) available both at experimental level and to a lesser extent to the level of clinical use .The classes are as; cellular secretions(cytokines ,antibodies) ,receptor-anti-receptor(immune check point inhibitors) , subunit macromolecules (Beta Glucan) and commensal microbiome( probiotics) and Bacterio-therapeutics( cancer killing bacteria) . These proposed classes were evaluated by vaccine criteria as well as by a group specific special evaluation criteria ,collectively ,it is being a state of developing a novel evaluation system. They are helpful as therapeutics for ;microbial ,envenomation ,immune mediated and neoplastic diseases with variable degrees of success .

There are hetero-genus standard and standardized immunebiologics that are similar to vaccine in few or more of their features and /or their evaluation criteria exhibiting therapeutic potentials both at the levels of experimental animal models and human beings .In a previous communication it was designated as vaccine allied biologics[1].When we combine their therapeutic potentials, the designation will be” Therapeutic Vaccine Allied Biologics”[TVAB].In the present opinion attempts were made to :i- Review their features, ii- build up an evaluation criteria for their safety and efficacy and iii-Propose a classification that ensemble them.

Cytokines are secretory hormone-like peptides or low molecular weight secretory proteins synthesized and produced by vertebrate nucleated cells like lymphocytes, macrophage ,adipocyte and epithelial cells. They are classified[2,3] into innate ,adaptive immune cytokines ,primary inflammatory, secondary inflammatory ,inflammatory and anti- inflammatory cytokines .They forms a chemical language in networking fashion for signal transduction among immune and nonimmune cells and own divers roles in immune homeostasis ,heamopoiesis ,regulation of immune and inflammatory responses Cytokines are essential biologics for medical oncology. Colony stimulating factors are of use to protect the bone marrow precursor expansion. Cytokine like type I interferon and IL2 are in common use as antitumor agents such as ;lymphomas ,multiple myeloma, renal cell carcinoma and melanoma .Unwanted co-effects are evident in case of use of IL12 as anti-tumor drug has been shown toxicity to the patients[3].

Antibodies are either of polyclonal or monoclonal nature[4].They are globular glycoprotein that found in gamma globulin area of serum electro-phoro-gram of human beings. The immunoglobulins gain their specificities to certain infectious agents ,synthesized and produced from B lymphocyte within the lymphoid organs on instu antigen stimulations. They are specific polyclonal ,since are being as net result of multiple epitope stimulations of B lymphocytes[4,5].

An antigen was tempted to specific immune priming of mice using multiple dosage program in a week a part for three weeks .One week leave then the primed mice were eviscerated ,spleen saved ,macerated, and splenocyte separated .Now these splenocytes are antigen primed. myeloma lymphocyte cell line was screened for vitalty and co-cultured with these antigen primed splenocytes in cell culture with HRPTG to grow up the hybridoma cell which produce daughter cell that grown in separate cultures in which they form clones that are able to produce specific antibody homogenous physico-chemically ,genetically and immunologically such antibody is known as monoclonal antibody .Monoclonal antibody has diagnostic ,therapeutic ,immunologic and genetic uses[6]

Anti-cytokines are rather in common use for some disease conditions .Studies have shown that the anti-TNF ,anti-IL6 and anti-IL5 are evident in antibodies have clinical practice. However ,Anti-TNF alpha have been excessively investigated both in laboratory animals and in man for bacterial ,parasitic and autoimmune diseases and found to be protective Table 4.The unwanted co-effect seen is vulnerability to infection and autoimmune diseases[3]. 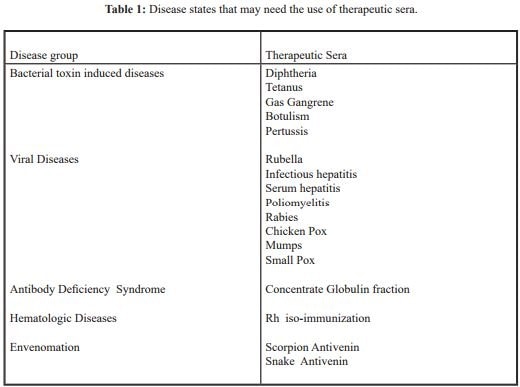 Table 2: The tests usable in biological standardization of therapeutic sera. 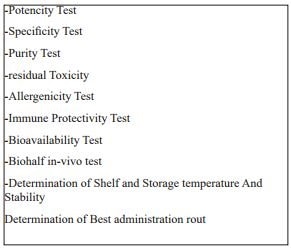 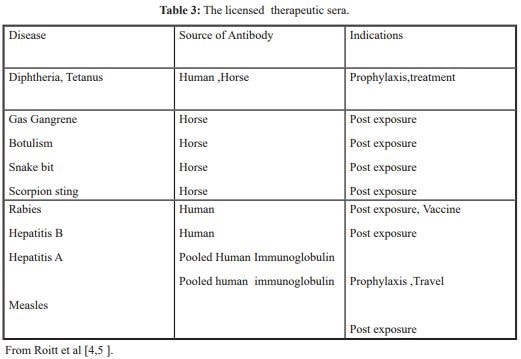 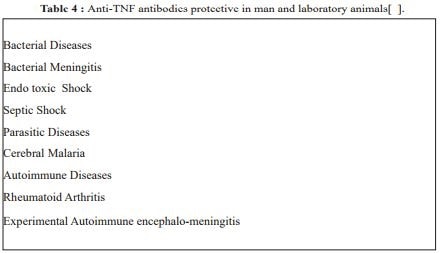 It is a check point protein ,program death 1 PD1 recognize two legends PDL-1,and PDL-2.PDL-1 expressed on antigen presenting cells APC and many other tissues.PDL-2, expressed mainly onto APC. Engagement of PDl-1 by either legend leads to inactivation of T cells .Specific antibody to PDL-1 or its legend is effective in enhancing cancer killing T cells in mice .Several human trails have shown that PD-1 or PDL-1 blockade can limit tumor progression and reduces tumor burden in patients with advanced cancer .Such blocked can be established through the use of monoclonal antibody specific to PD-I or PDL-1or PDL-2..Check point inhibitors seek to overcome one of cancer cell main defense against the host immune system and help to keep the immune response under check. Unwanted co-effects are autoimmune disease and inflammatory reactions[7].

Beta glucans are glucose polymers forming parts of cell wall of certain pathogenic bacteria and fungi .They are naturally occurring poly-saacharides. Beta glucans derived from different sources have shown some differences in their structures .Glucans are heterogenous group of glucose polymers consisting a back bone of B(1,6)-linked B-D-B(1,6)- with variable length and distributions.
Beta glucans exhibit an anti-infective protective influences against ;Staphylococcus aureus ,Escherichia coli ,Listeria monocytogenes ,Pneumocystis carini ,Candida albicans and Influenza virus .It is an anthrax protective in mice model .It has been tested for safety and efficacy in surgical patients at high risk for postoperative infections [8].Dose response relations for different grades of concentrations have been tested[9].

Beta glucan as a hapten has shown to be of poor immunogenicity .Conjugation with carrier protein made it immunogen and found protective against filamentous fungal pathogen in laboratory animal model. Protection seems to due to anti-glucan antibodies and never be used as a vaccine[10,11].
The features of glucan immune functions are being as ;i-activating complement system ,enhance macrophage function ,ii- augment natural killer cell functions and iii- the induction of cellular immune responses as well as iv-powerful antitumor agent[12].

Probiotics
Probiotics are commensal bacteria and commensal yeasts ,that are of diverse biologic potentials .Probiotic technology covers the theme of selection of strains ,preparation of starters ,studying the strain physiology and strain immune potentials as well as cell techniques .Probiotics displayed their preventive and /or therapeutic effects through their immunogenicity, immune-adjuvant, and tumor reducing activities[13].The immune features can be through;Antiinflammatory,antiautoimmune,anti-cancer,immunoadjuvant and vaccine delivery system[14].Upon trying to apply vaccine evaluation criteria on probiotics it showed rather similar criteria but less stringent in preparation schemaz[1].No reported unwanted co-effects on using probiotics.

Some bacterial pathogens like Streptococcus pyogenes has the anti-cancerous potentials in their natural state. Others ,however ,own such potentials after getting modification in their genetic constitutions. Two examples of genetically modified bacteria to be active as cancer killer bacteria and are being briefed[15,16] in the followings;
1-Synchronizing bacterial lysing strains that have the ability of an in-vivo delivery system that grow and release cytotoxic agents insitue which acts as circuit engineered bacteria[15].
2-Salmonella typhimurium auxotroph AI-R that were genetically engineered to grow in viable, and necrotic tumor tissue as well as kill tumor cells in laboratory animal models[16] .Human trails are still unsuccessful.

The licensed vaccine affairs for human and animals upon used as immune-prophylactants for mass vaccination programs were briefed in[17,18].Likewise, Experimental developed vaccine for human welfare were presented in[19].What concerned with probiotics were reviewed by Shnawa[14].Cell based vaccines was reviewed in[20].Vaccine allied biologics typified by probiotics was characterized in brief through the editorial Shnawa[1].In the present opinion tempts were made to review in brief the therapeutic vaccine allied biologics focusing onto; i-Brief feature ,ii-build up oriented evaluation criteria,Table 5,6., as well as iii- propose a classification system to them ,Table 7.

It is hetero-genus group of biologics that interplayed vaccine like potentials in both laboratory animals and man .It covers cellular secretions, subcellular, subunit macromolecules and whole cells. They , ensemble in five major classes as; Cellular secretions [cytokine ,antibodies, receptor-anti-receptor [immune check point inhibitors], subunit macromolecules [beta glucan], commensal microbiome [probiotics] and bacterio-therapeutics [cancer killing bacteria]. They are helpful as therapeutic agents for;Infections, autoimmune and neoplastic diseases .The evaluation criteria for such products subjected to that of preventive ,in addition to those that are specific to the disease. 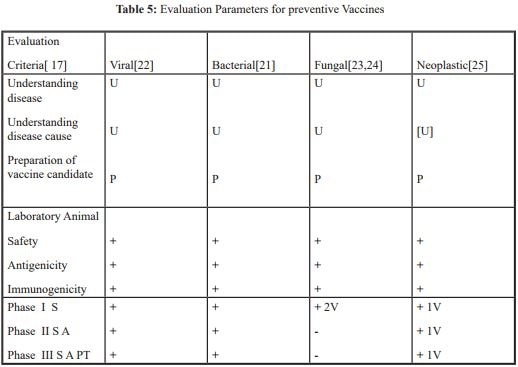